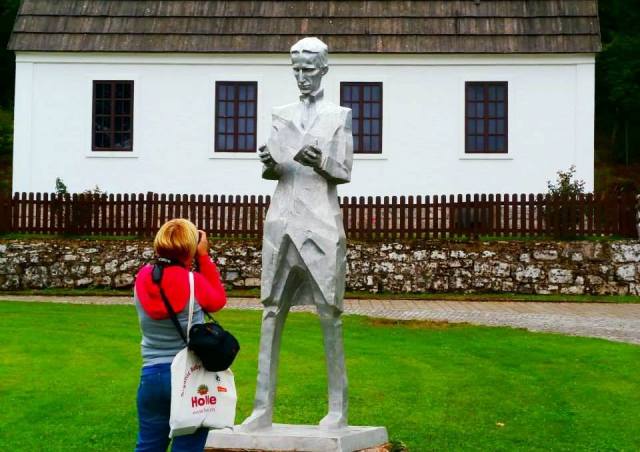 *Note: The title refers to Šibenik, Croatia, being the first city in the world illuminated exclusively by hydroelectric power. Croatia’s most famous favorite son, Nikola Tesla, invented the alternating current generator now used in power generating plants throughout the world. This statue of Tesla sitting outside his childhood home near Smiljan, Croatia, is nearly life-sized –  he was 6’4″ tall.

As we prepare to move to Šibenik (SHE beh neek), Croatia, several followers have commented things like, ‘You guys are The 6 Monthers.  Are you going to change your name to The 3 Monthers?’  No, we are not going to change our name.  Our plans have always been flexible and six months in a country is a guideline, not a rule. 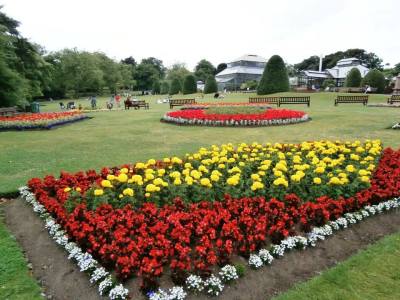 The Botanical Gardens in Glasgow, Scotland

Coming to Europe our original destination was Ireland.  When the people we attempted to connect with for housing did not respond, we expanded our search to include Scotland.  The same thing occurred as we were leaving Panama last January.  Originally, we were going to move to Costa Rica.  No one responded to our inquiries about an apartment there, so we expanded our search to include Mexico.  Our decision to move there is one that we never regretted. 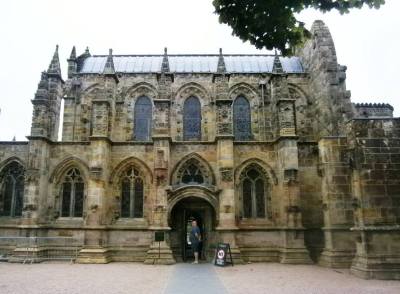 Florence had visited Ireland on her first trip abroad thirty years ago.  Scotland represented an opportunity to explore someplace new for both of us.  We had an amazing summer in the land of bagpipes, Scotch whisky, kilts and castles.  We attended the Royal Edinburgh Military Tattoo at the Edinburgh Festival.  Among the many churches we visited on the ABC Tour, we saw Rosslyn Chapel, the 500 year old church made famous in Dan Brown’s The DaVinci Code where some of the movie was filmed.

A glimpse of the Dalmatian Coast from the nearby hills

The offer to visit Croatia as journalists in September was an unexpected opportunity.   We knew almost nothing about Croatia except that they and Romania were the newest members of the European Union.  We discovered a country more beautiful than anything we could have imagined.  We met people with smiling faces and open hearts that welcomed us.  We made friends that could hardly wait to see us again.

When we returned to Scotland at the end of September the rain was regular. The days were colder and the nights were longer.  Popular attractions were closing for the winter.  When the opportunity came to finish out our current six months back in Croatia, it was a no-brainer.  The days are 20° warmer than Scotland, and we will save nearly half on our monthly expenses compared to the cost of living in Scotland. 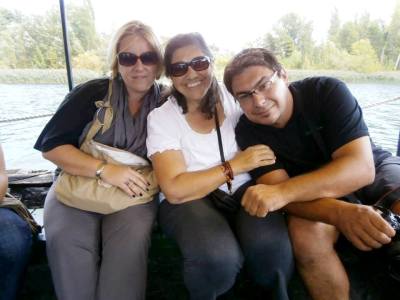 We made new friends in Croatia.

We had a great time in Scotland, and someday we hope to return to see some of the attractions we missed.  This weekend we are headed back to lower latitudes on the lovely Dalmatian Coast.  We will visit more of Croatia’s incredible sights.   We will party with new friends.  Then it is on to Spain in January where The 6 Monthers return to our regularly scheduled program to live in a new country every six months.  At least that is the plan.

10 comments on “Alternating our Current Path*” 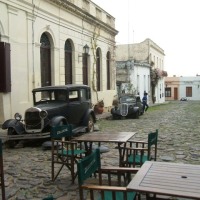